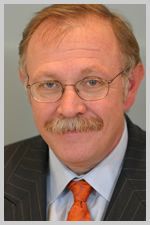 Mike Tsinberg is the Founder and President of Key Digital® - a digital video technology company dedicated to researching and manufacturing innovative solutions for digital HDTV connectivity control and distribution. Born and raised in Chernovsty, Ukraine, Mike discovered his interest in electronics through the construction of radio controlled cars. Mike obtained his MSEE degree from the Ryabinks Institute of Aviation Technology in Russia.

For over thirty years Mike has helped to pioneer both DVD technology and HDTV technology for consumer and commercial use. He is an icon in the audiovisual industry and gained notoriety as an Adele De Berri Pioneers Award winner at InfoComm 2013, participant in an Emmy Award for DVD 1999, and SMPTE Fellow. Mike was defined by his groundbreaking work in creating the MPEG-2 based DVD authoring system as well as co-creating the necessary technology for viewing and transmission of digital HDTV signals. Mike has managed both domestic and foreign technology development efforts by having worked for both Phillips and Toshiba. During his years at Philips (1987-1991) and subsequent years at Toshiba (1991-2000), Mike amassed 40 United States and International Patents for his HDTV and DVD work.